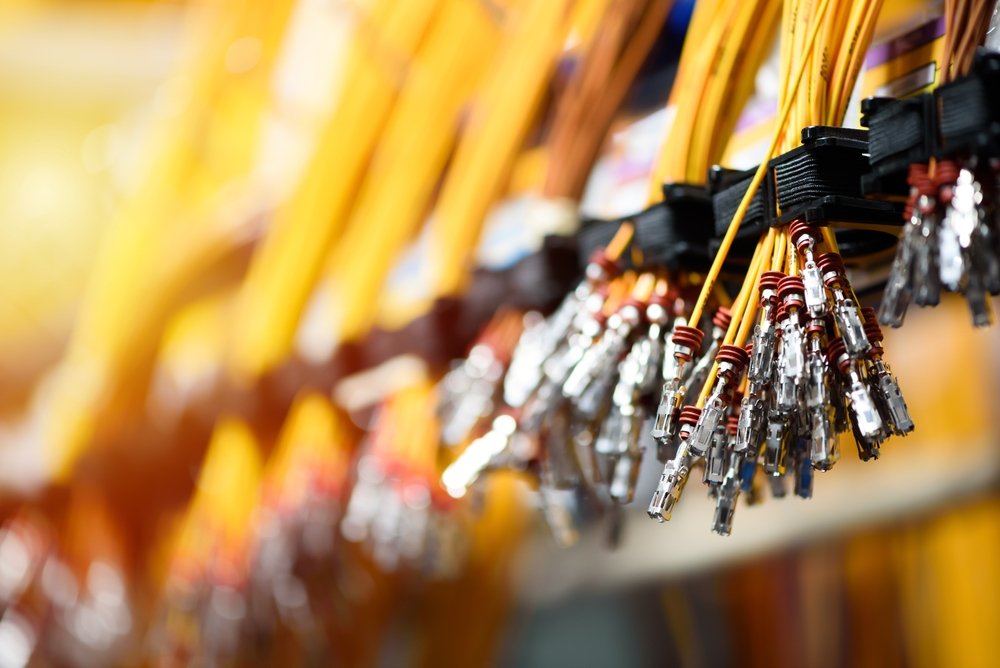 Connectors are a mainstay in the electronics industry, and their demands have seemingly become incredibly significant in the past decades.

Currently, the global connector market estimates at US$64 billion, and perhaps, it could reach hundreds of billions by the end of the decade. It’s not entirely surprising seeing the demand soaring quickly, thanks to their immense use in the tech and electronics sectors.

Undoubtedly, it’s always mind-boggling settling for the best connector manufacturer, but fret not; this article helps you with that.

We’ve analyzed the top global manufacturer based on their reach, the type of connector products, and market size. And here are the top 2021 connector manufacturers you can work with.

TE connectivity is a leading automotive connector manufacturer, but it’s a mainstay in manufacturing medical equipment and most consumer electronics connectors. This company also produces connectors in the industrial, military, and telecom market sectors and is renowned in Europe. Its regional sales cover most areas of Europe, the United States, Asia Pacific, China, and Japan.

It’s pretty remarkable to imagine how much of a global powerhouse TE connectivity is, having only recently ventured into the market. It was established in 2007 and is headquartered in Schaffhausen, Switzerland, and is a merger company that acquired the Deutsch Group SAS in 2012. This company has also acquired companies, including Seacon in 2014 and First Sensor in 2019.

This company majors in producing printed circuit boards, input/output (I/O), IC sockets, Radio Frequency, and circular connectors. And although it still has a vast range of other types, there’s still more to improve.

Amphenol is the second most sought-after connector manufacturer worldwide, headquartered in Connecticut, United States, and has served numerous market sectors. It’s an incredibly versatile company, having served the computer and peripherals, medical, industrial, transportation, and telecom industries. The company is top-rated in Europe but stretches into the global market, establishing itself in North America, Asia Pacific, China, and Japan.

This company is long-standing and has existed for almost a century, making it one of the oldest connector manufacturers globally. The company has been a force to reckon with, acquiring countless companies. It recently acquired MTS Systems in 2020 to improve its research and testing docket.

Molex was acquired by Koch Industries in 2013, leaving about 31% of the company’s control to the founding family and valued at US$7.2 billion at the time. Even so, it’s maintained its grip at the top, becoming one of the most sought-after connector manufacturers in the world. Its market segment is immense and has the most presence in the United States and Europe. However, the company still operates in China, Japan and the Asia Pacific, and some other parts of the world on a small scale.

Established in Lisle, Illinois, in the United States in 1938, this company is one of the oldest. Over the years, it’s served numerous market sectors, including the computer and peripherals, instruments, medical equipment, transportation, and consumer electronics markets.

Its popular connector products include the Printed Circuit Board, Input/output rectangular, fiber optic, and heavy-duty connectors. However, the company seeks to offer a vast range of connectors in the automotive business after recently rolling out its Next-Generation Vehicle technology.

Luxshare Precision Industry Co. Ltd is one of the large-scale operators in China and has numerous extensions in most parts of the world. The company typically majors in researching, developing, and producing computer and electronic connectors. However, it still provides connectors for other consumer electronic devices.

The company was established in 2004 and has become one of the top connector manufacturers globally. It was first publicly listed on the SME board of the Shenzhen stock exchange in 2010. Its first acquisition was the ASAP Technology company in 2011, expanding its influence in the computer and electronics market.

One Luxshare precision Industry’s strength is its versatility and uncanny prowess to tap into the global market. Currently, it provides countless connectors in China, Europe, and the United States. And while its production is limitless, the company is subtly particular, manufacturing Printed Circuit Boards, Input/output rectangular, Radio Frequency, and high voltage connectors.

April is also among the recent but well-established companies and a powerhouse in connector manufacturing. It only has about three decades to its portfolio, established in 1994 in Troy, Michigan, in the United States. It made a killing in profits in 2021, racking up to US$512, which is quite significant. Besides, it currently employs over 180,000 people, which is quite immense.

The manufacturer has established itself in the automotive, transportation, and military electronics market but still produces connectors for other industries. It primarily operates in the United States but has a significant global presence, stretching across most European countries. The company also serves Asian countries like China and Japan, among other parts of the world.

Ideally, Apriv deals in the circular, cyber optic, heavy-duty connectors, which drive most of its sales in the market. Nonetheless, the company still makes a fortune in high voltage and other connectors globally, rivaling the “big fish” in connector manufacturing.

Taiwan is highly industrialized, and it’s not surprising seeing how Foxconn has managed to surge through to these higher-ranking echelons. Its growth is also validated by its marginally lengthy period in business as an electrical components manufacturer and supplier. Today, it’s become a multinational corporation of global renown.

The company serves countless industries and market sections, including telecom, datacom, and various instruments. It’s also well established in China and Asia, among other parts of the world. It currently employs over a million people, making it one of the tremendous companies and a force to reckon with.

The company is an electrical components manufacturer that produces a wide range of connectors for electrical systems and devices. These include fiber optic and Input/output rectangular connectors. Besides, it’s recently ventured into PCB connectors to expand its production capacity.

Yazaki is based in Tokyo, Japan and was established in 1941, and is one of the biggest privately-owned automotive suppliers in the world. Given the business’s nature and specialty, it’s primarily ventured into the automotive and transport market, providing connectors of various kinds to vehicle manufacturing companies.

The company has about 250,000 employees in 45 countries, mainly Europe and North America. It has a presence in pacific Asia and its homeland Japan. While its influence concentrates around these countries, its products also find their way across the global supply chain.

Currently, the company supplies device/incline, high-speed, high voltage, safety, and header connectors across the United States, Europe, and Pacific Asia. It niches down to a vast range of connectors, including SSD, HS, and RH connectors, among numerous others.

Japan Aviation Electronics managed to rank among the top connector manufacturers globally due to its exceptional niche of operations. Recently, the company launched the SG50 series UHS-1/2 SD card connectors for industrial applications. Besides, it partnered with Yamaichi to develop a 112Gbps Jumper Cable Interconnect product for the data network market.

Its highly innovative approach makes this company a recognizable force on the global stage. And, of course, its wittier marketing strategies give it a vast stage to supply its connectors to numerous computer manufacturing and assembling companies. Currently, the company is operational in the United States and Europe and is a mainstay in connector supplies in Japan and the Asia Pacific.

JAE produces a vast range of connectors but specializes in input/output (IO), board to board, circular, rectangular, fiber optics connectors for computers and mobile devices. However, it still manufactures memory cards, Board to FPC, cable to cable, and memory module connectors.

JST is an appliance, electrical, and electronics manufacturing company headquartered in Waukegan, Illinois, in the United States. Like Japan Aviation Electronics, this company isn’t a large scale, but its subtle innovations and technology give it an upper hand to dine with the elites. Its special assembling division – the Guntersville Assembly Manufacturing division – customizes connectors to its client’s taste. That makes it a versatile entity and a preferable choice for numerous companies.

This company is mainly operational in Japan but has a massive presence in the United States with extensions in Alabama, San Jose, and San Diego. It serves the industrial equipment section and the automotive and consumer electronics markets. Besides, it also works with the business and retail departments and the medical fields to produce connectors for equipment.

Hirose is also Japan-based, and its headquarters are in Kanagawa. It’s one of the oldest and most long-standing connector manufacturers in Japan and is also a force on the global stage. It’s not entirely vast, and its employee capacity isn’t tremendous. However, it’s managed to make it among the top dogs, thanks to its long-standing presence in the field and the quality products it conveys in the market.

This company has had its share in innovation, and recently, it launched the ZH05 connector series, which is heat- and vibration-resistant. Technically, the connectors in this series prevent shock circuits due to dust adhesions, making electronics more durable and safer. This technology and other innovations have significantly served the telecom and datacom sectors and consumer and electronics markets.

Hirose Electrics mainly produces the Printed Circuit Board, Radio Frequency. It focuses on a vast range of connector series, including the ZH15, BH12, and TF20 series. That makes it a versatile connector manufacturer, and better still, it can produce customized connectors to suit various electrical connections and technologies.

Global competitiveness has filtered out the best connector manufacturers widely known and valued worldwide. And as things stand, the competition for the top spots will likely increase, pushing every company beyond its limit. It’s apparent that there are no guarantees to perch on top of the ranking echelons. And that’s because numerous companies are giving the “big fish” a run for their money, offering the best connectors. And if you’re looking at working with one, you can still procure the best connector products from the vast pool. Hopefully, this article will help you find the most proficient connector manufacturer to work with. 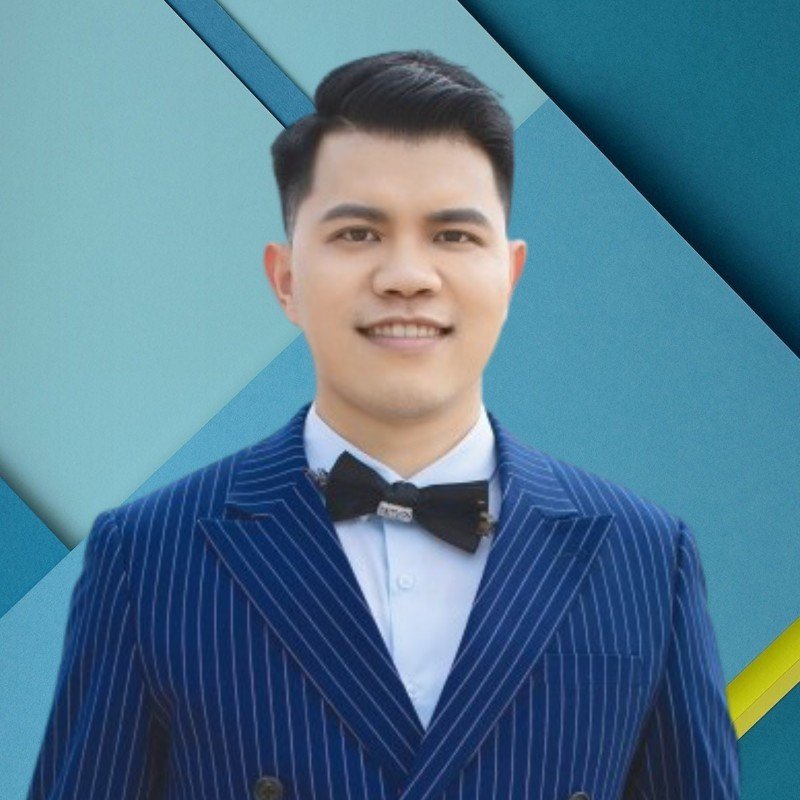 Hi, I'm Jony Chen, complex precision metal stamping co-founder & marketing director at gold precision co., ltd. I've been running a factory in China that makes micro stamping for 11 years now, and the purpose of this article is to share with you the knowledge related to metal stamping from a Chinese supplier's perspective.
Facebook
Twitter
LinkedIn
Prev上一个Top 10 Deep Drawn Stamping Companies in the US
下一个Top 10 Electronic Terminal Manufacturers in the USNext